Peggy was my first adoption reunion customer in 1998. I had received my Ohio PI license in November 1997.

Peggy wrote this after I had found her siblings: Here is a quote from Peggy:

"Mike is like a `dog on a bone' when he's hired to find. He doesn't leave you in the dark, he keeps you involved and updated. I am an adoptee, so I know how important this is to each of us. Even after Mike had found my brother and sister, he remained involved. He went out of his way, on his own time to visit my brother in Ohio and even take a picture of him and sent it to me. Also Mike located the grave site of one of my brothers who died as an infant, and took pictures of it for me. Mike is more than a PI. He has become a friend. That is rare. There are many so called searchers that `grab their fee' and run, never to be heard from again. Not this man. He will remain involved and take extra measures that aren't even required to assure not only that your family member is located but that everything possible within his powers is done to assure a smooth and mutually satisfying reunion. Mike helps each of us through the rough spots. He understands the fears that we adoptees harbor. The fear of a second rejection, fear of another abandonment.

Fear of the unknown. I don't have to explain any of this. YOU KNOW what I mean. Mike knows there's more to adoptee searches than what is on the surface. It's all that stuff "Under the Surface" that shows Mike's true character. Feel free to contact me. There's so much more to tell you about this man----Peg"

She hired me to locate her three missing siblings: James David, Ruth Ann, and Raymond.

It took two months of searching, but I was able to locate a former address for James David and spoke to his ex-wife. She directed me to where I could locate him.

So I stepped into the Delhi House, a small neighborhood bar, in suburban Cincinnati. I approached the barmaid, who stated that she knew James David. She left the bar and ran over to his apartment. Fifteen minutes later, he was sitting next to me in the bar. I asked him to confirm some information, and he asked to verify some information that he had. Shortly after that he was on the phone with his sister, Peggy.

My next duty was to locate Ruth Ann Blanton. She was going to be a little harder to locate. I contacted the Hamilton County Probate Court, but her adoption records were sealed. I took the next step and ordered non-certified copies of all of the adoptee's birth certificates, who were born on April 3, 1963. There were nine. Thankfully, the state of Ohio does not change the hospital name or place of birth on the adoptee's birth certificate. Out of the nine certificates, I was able to narrow it down to two people. One was Caucasian; the second was African-American. I just had to locate where she lived. I was able to find "Ruth Ann's" adoptive parents, who gave me her married name. She was now known as Brenda Lou (Eby) Fowler. I sent out a certified letter to Brenda Fowler. Two days later, she called me and she was able to confirm some information for me. I provided her with Peggy's name and number. I called Peggy to let her know that she had been found.

Now, I have one final assignment. I have to locate Raymond. He is now known as Michael Allen Gorley. His last confirmed residence was in California. His date of birth is September 28, 1955.

UPDATE (9/22/98): We have tracked Michael Allen Gorley down. He apparently is residing in San Francisco, CA.

UPDATE (9/23/98): Michael Allen Gorley has been LOCATED. He is currently residing in San Francisco, CA. His sister, Peggy, spoke to him last night for the first time. Their telephone conversation lasted 3 hours. He is doing well. Further information is forthcoming.

UPDATE (5/21/99): All but one of the children met for a reunion with their birth mother, Helen, and birth-grandmother in Ashland, Kentucky for the weekend and following week.

UPDATE (7/5/99): I just received an e-mail message from Peg Lemine. Her birth mother, Helen, passed away on Sunday, July 4, 1999. Funeral
arrangements are being made at this time. Further information will be posted upon receipt.

I met with him on Wednesday, December 8, 1999. He stated to me that he intended to call 1-800-US-?????? to locate his daughter, Theresa Anne. However, I beat him to the punch. On Thursday, December 9, 1999, I met with Peg's birth-grandmother, Theresa M. Fey, in New Richmond, Ohio. She is one of nine children and in addition, she had nine children, including Peg's father, James Ray.

UPDATE (02/14/2000): I received a call tonight from Bobby Baker. He called to advise me that James Ray is in very serious condition and was asking to see Peg before he dies. Peg is currently making rush arrangements to fly to Cincinnati to see her birth father.

UDPATE (07/01/2015): I discovered sad news that Peggy Lemine passed away on December 6, 2014, of an apparent brain aneurysm. She loved to play music and was a member of the "Just Us" band. She grew up on bluegrass music in Kentucky. Here is her Obituary:

UPDATE (08/20/2016): James David Baker passed away after a long battle with COPD and emphysema. 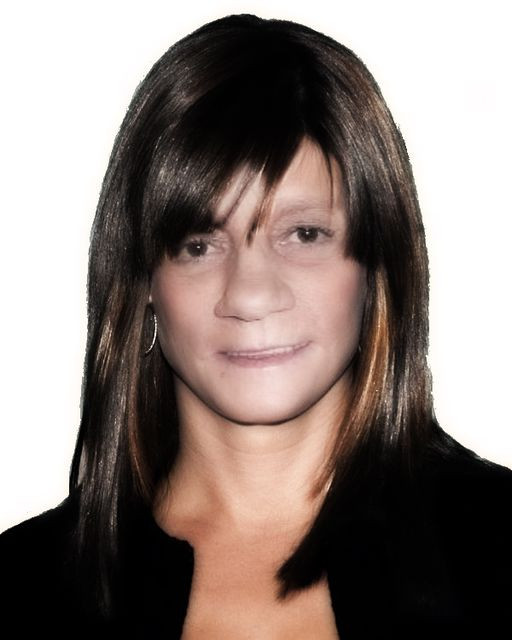 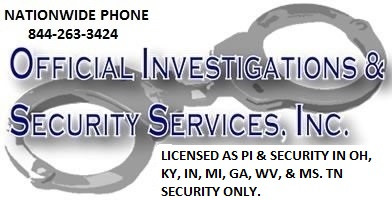 Winter Storm Warning - Office Closed until Monday, February 7, 2022
Uncategorized
Due to the threat of major icing and significant snowfall, Official Investigations & Security Services, Inc office at 5861 Cheviot Rd will be closed on Thursday, February 3 to Sunday February 6, 2022.  We will be answering the phone remotely...
Read More
19 January 2022 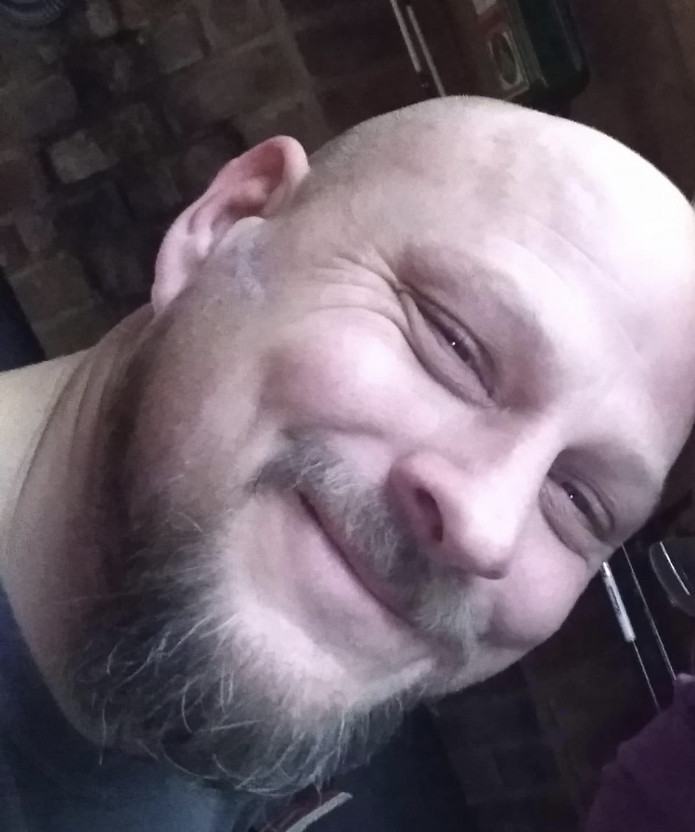 Indicted and disbarred attorney, Michael Mearan, of Portsmouth, OH has died
Uncategorized
Michael Mearan was found unconscious in his jail cell in Scioto County, Ohio on Friday and was transported to a local hospital where he was pronounced deceased.  Scioto county contracts with the Montgomery Co Coroner so his body will be autopsie...
Read More
24 October 2021
Two new armed security contracts
Uncategorized
Official Investigations & Security Services, Inc. is proud to announce that we have started two new armed security contracts in the Cincinnati area. One contract is Friday and Saturday nights only and the other contract is Friday to Sunday's...
Read More